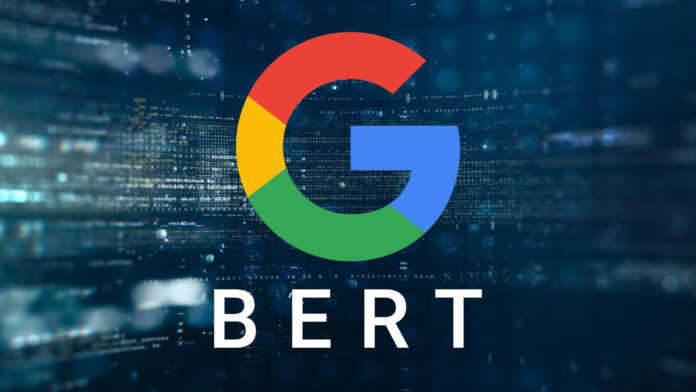 I’ve predicted it, didn’t I? In my previous blog “Predicting SEO Trends 2020,” I mentioned about SEO favoring humans instead of machines, which has always been the standard in the previous years. Then a few days after that post, indeed, Google released The Bert Algorithm which it describes to be more pro-human than the previous updates.

Before Bert algorithm, you have been satisfying Google’s Machine Learning technology introduced in RankBrain. Keywords, meta descriptions, meta titles, and content construction were all constructed in a way that a machine will understand them.

But this time, you will have to change your approach. If you want to rank on Google, you’ll have to make a content that people will understand. In implementing this change, Google said that the change will impact 1 in 10 of the previous results. So if your rank changed for a certain keyword, it’s high time to optimize your previous posts to make it comply with Goog’es Bert Algorithm.

Google has seen people becoming curious about so many things, resulting to millions of queries in just one day. The trend showed that a single researcher would keep on asking question as they don’t seem to find the answers using their first query. So what they do is that they change their question into a more specific one until Google finally understands what researchers are looking for.

Basically, BERT Algorithm or Bidirectional Encoder Representations from Transformers will now allow you to train your own system to answer your questions, depending on how you ask them.

Google considers Bert as its biggest change when it comes to ranking web pages. It shifted from machine to human understanding. Google released an official statement regarding the update:

“These improvements are oriented around improving language understanding, particularly for more natural language/conversational queries, as BERT Algorithm is able to help Search better understand the nuance and context of words in Searches and better match those queries with helpful results.

Particularly for longer, more conversational queries, or searches where prepositions like “for” and “to” matter a lot to the meaning, Search will be able to understand the context of the words in your query. You can search in a way that feels natural for you.”

In other words, BERT Algorithm was crafted to understand longer and more conversational queries by looking at the words that come before the keyword rather than looking at them one by one.

When the update happened, most website owners weren’t able to detect the change since most tracking tools like Moz were made to track short queries like keywords only or long-tail keywords. But they were never really able to track queries in a complete sentence.

Things to Expect in BERT Algorithm

BERT just rolled out towards the end of October 2019 and has first impacted the English language queries. Later, though, it will roll out to other languages too.

As Google aims to better understand the nuances and context of words in people’s queries, it will search websites that will match those queries, giving more relevant results. Of course, featured snippets are affected here.

If you’ll see, the snippet tries to directly answer my query by letting me know how an antivirus will filter infected web cookies. Before the update, I only get results with the words that I type. Any snippet or content that has the words in my query will be what Google shows me. So this time, be rest assured that the answers are now more relevant.

Another example is asking Google, “USA backpacker traveling to Europe needs visa.” Previously, Google has different interpretations for this query, sending results that are combinations of requirements of a US traveler to Europe and other articles related to Americans traveling to Europe. Results used to include tips, tours, and other blogs that mention the words USA-backpacker-Europe-Visa-travel.

In short, Google used to look into your query, word per word so it shows different results for as long as they contain the words in your query. But now, Google will give you only the results that are direct answers to your question. It then drops the related topics so as not to confuse you.

But RankBrain is not dead yet!

RankBrain is inside Google’s core Algorithm which uses machine-learning artificial intelligence to understand queries. BERT update isn’t a replacement for RankBrain. It serves as an additional method so that Google can better understand queries and contents.

Hence, RankBrain will still be used for some queries where BERT update will not be effective. Google explained its methods on understanding a language in a query and how it matches the question to the contents on the web.

For example, you misspelled a word in your query so Google’s RankBrain tries to find the right word you are looking for. BERT will then understand the language of your query. Google can use one or both of these methods to give you the best results.

Let’s get this straight. Google says there’s nothing you can do to optimize for BERT but that doesn’t mean SEO is dead. It only means that you still do what you’ve been doing for your website’s SEO.

Continue using longtail keywords and creating rich content. Optimize for human understanding and voice search too. But here are things you need to rethink with BERT coming to play.

People usually perform search that seeks informational, navigational, and transactional results. Informational query is when you are looking for something and Google sends you several answers.

For instance, you want to know how to grow your hair. The search results will then give you suggestions on products to use which you navigate from and search them one by one to look for reviews, perhaps.

Then again, when you find the right product you seem satisfied with, you will now try to find where to buy it.

So to beat BERT algorithm and maintain your ranking, you will need to get very specific with your content. This may mean longer-form contents but remember, Google doesn’t focus on the number of words but the quality. Your content should be useful to readers and should contain all possible answers to one single query. Including highly relevant topics will also help you signal BERT that your content is the specific answer to a reader’s very specific question.

Google’s search liaison Danny Sullivan even made it clear on Twitter that their ranking factors didn’t change:

Honestly, I don’t know that it’s so much our statements on ranking factors as much as SEO who dig for layers not there. Have good content. That shouldn’t make anyone cry. “Does good content mean 300 characters or 1000 characters?” That makes me want to cry….

Google remains to favor contents that are fundamentally unique, useful, complete, and compelling. So when you write your next content, make sure to make it very specific and complete. It doesn’t matter that you do it for days or a week for as long as it has everything that readers want to know.

So for the query “additional cybersecurity methods apart from antivirus,” you should discuss everything that will support an antivirus in ensuring cybersecurity. Don’t discuss about antivirus brands or how to works. Those are not what people want to know for that topic.

SERP is now focusing on user intent instead of the targeted keyword. So be natural with your keywords and make them informational. Stop focusing on keyword density too.

It is really not yet clear how BERT update is changing keywording but expect it to get more sophisticated in the next year in which it will better understand what people are really looking for.

Web Development Technologies And Trends In 2022

Web Development Technologies And Trends In 2022